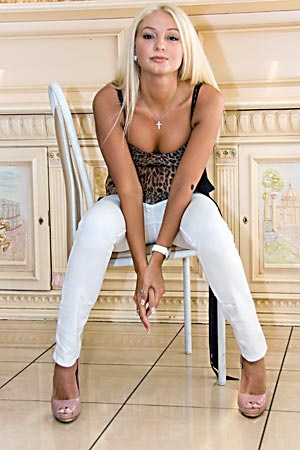 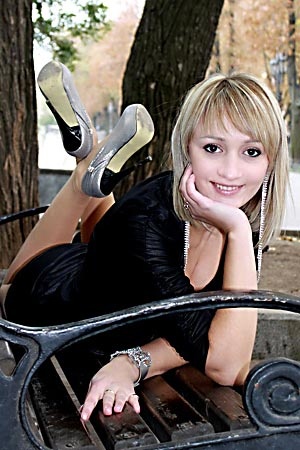 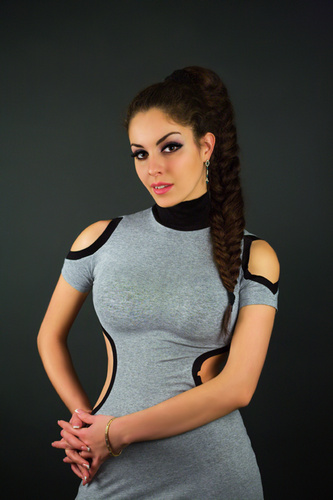 Odessa women, as you have already noticed are gorgeous, but there is more. Odessa women are kind, tender, positive, very feminine, and have a very good sense of humor. Ukrainian ladies have not lost their traditions despite the passage of time and International influences. Women in Odessa are attracted to men who have chivalrous manners such as opening a door for them or offering them a seat when there is not another available. So if you date a Ukraine girl, don't be shy about offering to take her coat or help her with her packages. Actually, she will expect it from you.

Odessa women, as part of the romanticism they were brought up with, like to dress up for every occasion and to behave like the ladies they are. This does not mean they are spoiled Daddy's girls. On the contrary, they are usually passionate, sincere, and family-oriented women who, like you, are looking forward to finding someone to share the rest of their lives with.

What would they like to find in a man? As far as I'm concerned, Odessa women are fond of well-balanced, friendly, honest, responsible, reliable, and kind-hearted men with good character, and a dash of romanticism. Odessa women also think a good sense of humor is a plus. Take into account that one of the most important days in Odessa's calendar is April 1st, Humor Day. On that day, besides playing jokes, there is an outdoor festival in which parachutists, dancers, and singers entertain the crowds.

On the Odessa Ukraine dating tour you will experience a city with a beautiful harbor, magnificent architecture and sculptures that delight the eyes. You also have a deep-blue sky in summer, a beautiful snowy landscape in winter, large inviting sand beaches, and most importantly young, elegant Odessa women.

While you make up your mind which Odessa tour is schedule, let me tell you a little about this city. Odessa is a Ukrainian city on the Black Sea and has been one of the most important trading sites in Eastern Europe. In Odessa you will find a very cosmopolitan environment: you will see Bulgarian, Albanian, Armenian, Russian, Greek, Jewish, Italian, French, and German visitors. The multi-cultural mix of people has given Odessa a sophisticated atmosphere due to its high commercial activity.

The city is exciting. How is their home life? Well, in the house of a Ukrainian woman, you will receive red-carpet treatment. Just keep some things in mind to avoid misunderstandings. If an Odessa woman asks you over, it is a tradition to bring a gift (a bottle of wine, for example) with you and also bring small gifts for children. You may also be asked to wear a pair of slippers to keep the house clean. If invited to dinner, get ready to accept everything you are offered because it is rude to reject what you are offered in the home of a Ukrainian woman. In general, these are the most important traditions. So, as a tip, if you are full, I recommend you leave a little food on your dish to avoid being offered more.

Two extra tips: never take an even number of flowers to any Odessa woman's house because it is considered bad luck. Be also careful with the way you offer compliments in a house in Odessa. If you compliment the host's belongings, the ornaments for example, they may offer them to you and it may be considered rude not to accept them.

Odessa was officially founded in 1794 and its first governor was a French man called Duc de Richelieu. He was responsible for the development of the city and decided he wanted Odessa to be as beautiful as Paris, so he made the layout of the city to achieve this.

Among the places you may want to visit with an Odessa woman while in Ukraine, we can suggest neoclassical buildings such as the City Hall, the Opera House, and the Archaeological Museum. During the day, you can also visit Deribasovskaya Street with its cafés, terraces and sculptures, and Frantsuzsky and Primorsky Boulevards where you can see the harbor and its daily activity. If the weather is appropriate, you can also consider visiting Arcadia beach to get a good suntan.

At night Odessa gets wild and the nightlife in Odessa usually starts at 10 or 11 PM. It finishes after the sun rises.

In closing, this Ukraine dating tour will take you to a city where you can have an unforgettable time, meet a multitude of stunning Odessa women, and quite possibly find the love of your life.

Many other men have found their true love with an Odessa woman and you may be next. Click here for Ukraine dating tour dates and for more information call 1-800-576-3367.